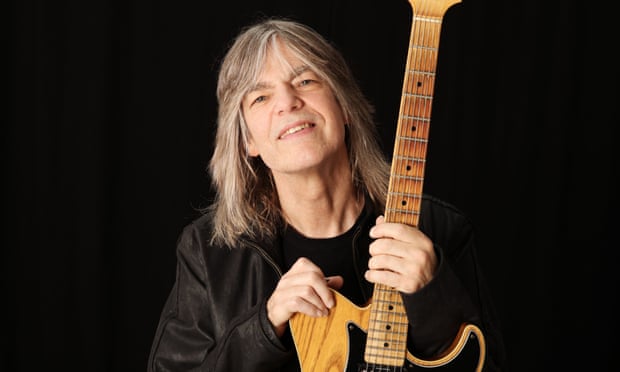 The illustrious Mike Stern. For his music, click the image above.

Mike Stern is a down-to-earth, happy-go-lucky inspiration to us all, musicians and otherwise.

Born on January 10th 1953, Stern has long been a shining example of one of the hardest working musicians of his generation.

After attending Berklee College of Music, Mike joined Grammy-winning group Blood, Sweat, & Tears. Here cemented a relationship with bass virtuoso Jaco Pastorius, with whom he performed with extensively. Since then, Stern became a pioneer musician with Billy Cobham, Steps Ahead, the Brecker Brothers, and the coveted position as Miles Davis’ guitarist, with no keyboard player in the band. Mike was a large part of Miles’ 1981 return to his traditional trumpet playing, although in a more rock and funk setting.

Stern has continued to have a prolific career, recording his own solo albums, and appearing alongside some of the greatest musicians in music today. He’s married to guitarist/songstress Leni Stern, who cites Mike’s admirable practice habits: “Mike spends eight hours on the guitar every day that he’s not travelling,” explains his wife, renowned guitarist/multi-instrumentalist/singer Leni Stern. “That’s how he plays like he does.” Leni reveals, “When I practice my other instruments—n’goni, calabash, and voice—the bass player comes to replace me in Mike’s practice room.” To top this off, he’d do a three-hour gig in the evening.

Leni reveals, “When I practice my other instruments—n’goni, calabash, and voice—the bass player comes to replace me in Mike’s practice room.” To top this off, he’d do a three-hour gig in the evening. Mike maintains a Monday and Wednesday residency  at the 55 Bar in New York, whenever he’s not on the road. Most recently, he released a record, Trip, after recovering from an accident that left him with two broken arms. Dealing with nerve damage and playing with a compression glove, Velcro, and tape in order to hold his pick.