Remember Shakti is a quintet which combines elements of traditional Indian music with elements of jazz. 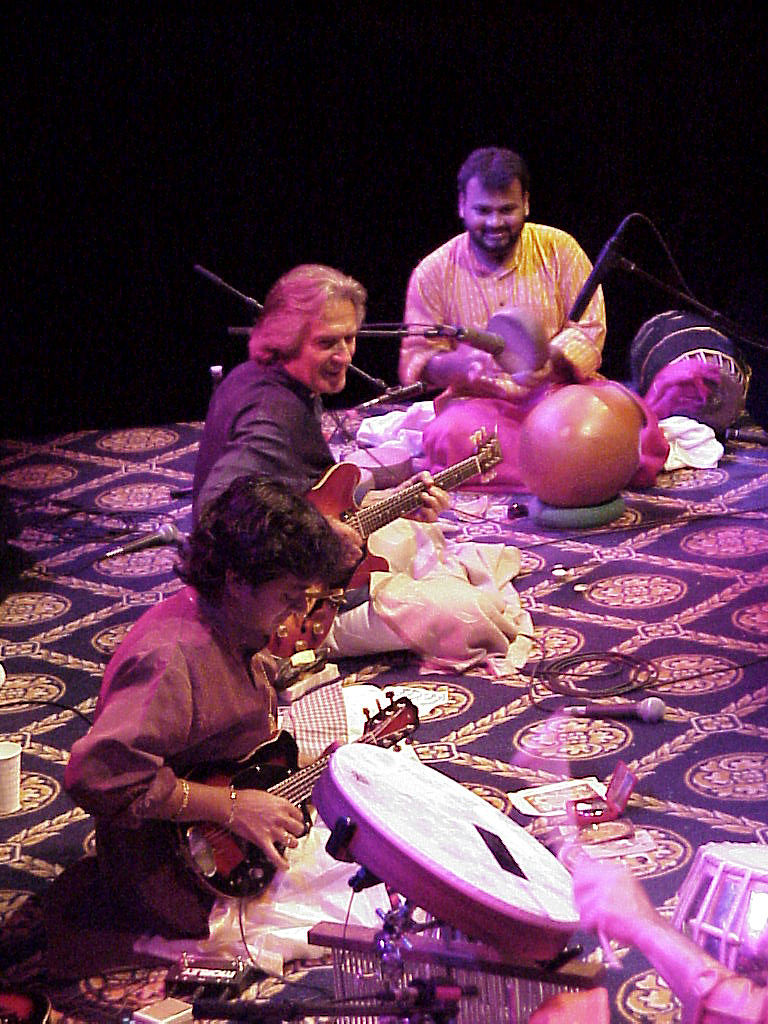 John McLaughlin live with Remember Shakti. For more of their music, click on the image.

After disbanding in the late 1970s, Shakti enjoyed a twenty-year hiatus before McLaughlin and Hussain decided to reform the band. In addition to John and Zakir, T.H. “Vikku” Vinayakram (ghatam, mridangam), returned for Remember Shakti’s eponymous debut UK tour and album in 1997. However, McLaughlin could not locate Shakti’s fourth member, violinist L. Shankar, and replaced him with bansuri player Pt. Hariprasad Chaurasia for the live recording of this album.

For the band’s next album, The Believer, recorded live and released in 1999, Chaurasia and Vinayakram were replaced by mandolin player U. Srinivas and Vinayakram’s son V. Selvaganesh. The band’s most recent live album, 2001’s Saturday Night in Bombay, presents Remember Shakti augmented by an army of guests, notably Pt.Shivkumar Sharma (santoor), percussionist Taufiq Qureshi who is the brother of Zakir, and Shankar Mahadevan, who has now become Remember Shakti’s full-time vocalist. The band has toured extensively all around the world.