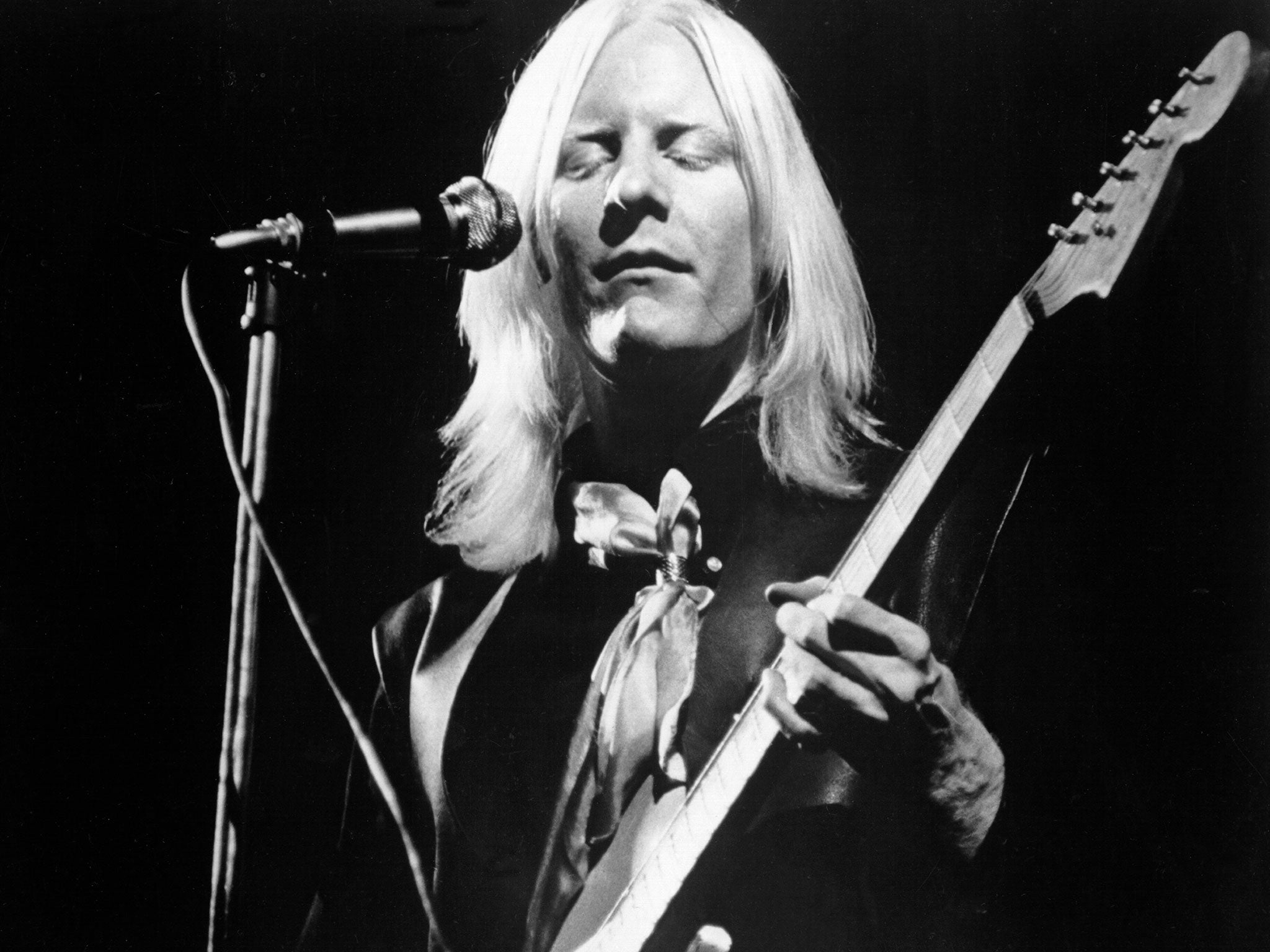 Johnny Winter’s recording career began with the release of his band Johnny and the Jammers School Day Blues on a small Houston label when he was only fifteen. Able to see performances by legendary blues artists like Muddy Waters, B.B. King, and Bobby Bland proved a great benefit to his artistic development. Winter would also sometimes sit in with Roy Head and the Traits in Beaumont, Texas early on, appearing on their single Tramp backed with Parchman Farm in 1967. The following year Johnny Winter released his first album The Progressive Blues Experiment.

Winter caught his biggest break in December 1968, when Mike Bloomfield, whom he met and jammed with in Chicago, invited him to sing and play a song during a Bloomfield and Al Kooper concert at the Fillmore East in New York City. As it happened, representatives of Columbia Records (which had released the Top Ten Bloomfield/Kooper/Stills Super Session album) were at the concert. Winter played and sang B.B. King’s It’s My Own Fault to loud applause and, within a few days, was signed to what was reportedly the largest advance in the history of the recording industry at that time—$600,000.

Winter was professionally active until the time of his death near Zurich, Switzerland, on July 16, 2014. He was found dead in his hotel room two days after his last performance, at the Cahors Blues Festival in France on July 14, at the age of 70. The cause of Winter’s death was not officially released. According to his guitarist friend and record producer Paul Nelson, Winter died of emphysema combined with pneumonia.