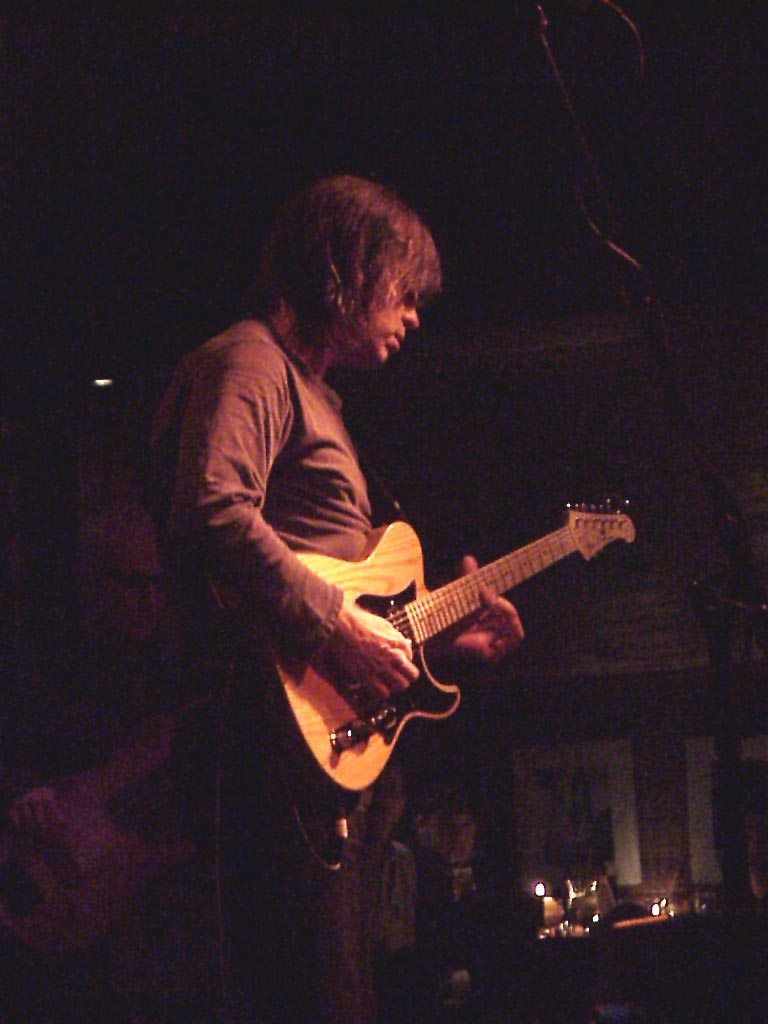 Mike Stern plays with technique and style unsurpassed in modern jazz and fusion. Click the image for more of his music.

Stern’s own words about his style and his journey as a guitarist:

I’m a big proponent of transcribing other musicians’ solos, including those played on other instruments, such as the saxophone, trumpet or piano, for example. This has been a lifelong endeavor for me, one that I still enjoy and feel that I greatly benefit from every time I pursue it.

I started out as a blues-rock guitarist and spent a lot of time figuring out licks by such great players as Jimi Hendrix, Jeff Beck, B.B. King and Buddy Guy, and I still love those guys. I eventually got some jazz records and tried to play along with them, but I got completely lost. It seemed that the vocabulary of jazz was so much more difficult—not necessarily better, just different. I favored the simplest stuff, and I still do, because it grabs my heart, and music is a language of the heart. But I was very intrigued by jazz and yearned to expand my knowledge of the guitar and music by studying that language.