The Meters defined the basic characteristics of the almighty groove. 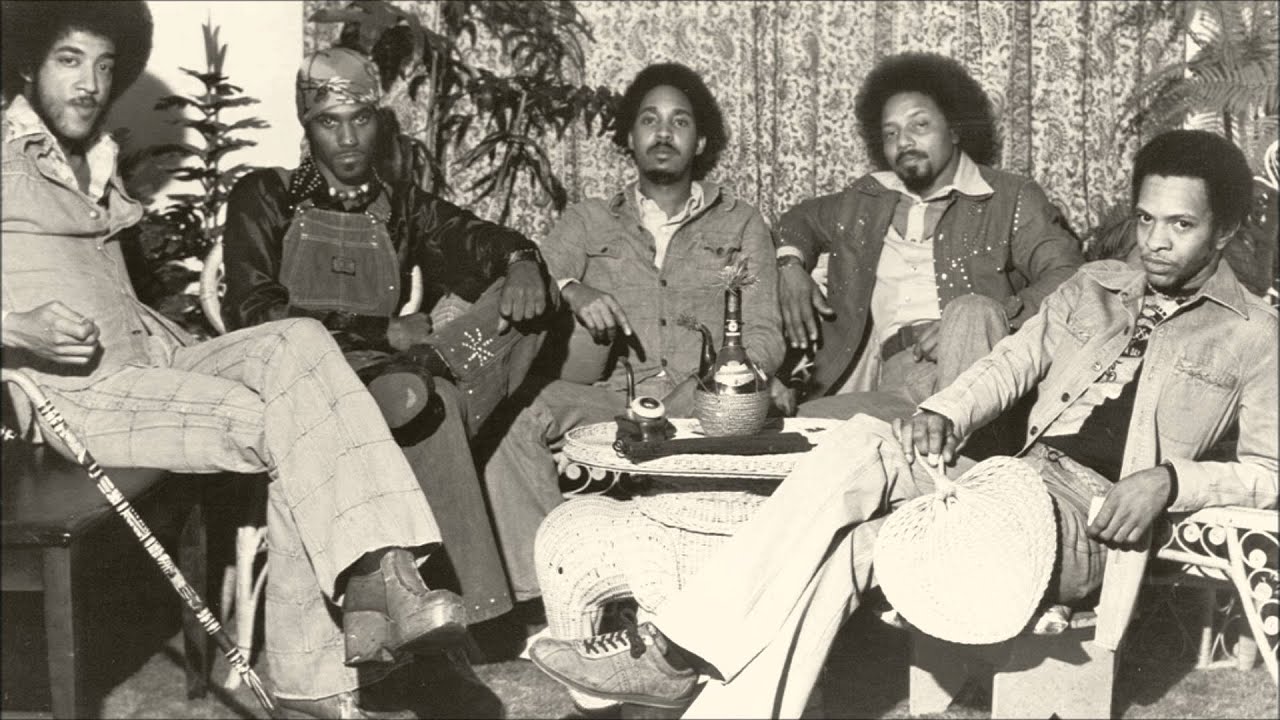 The mighty Meters. Funkiest band in the world. Select the image to check out their music.

While Funkadelic, Cameo, James Brown and Sly Stone are synonymous with funk, these artists look to The Meters for the basic-down to earthy and raw sound. The history of founding members Art Neville and George Porter Jr. dates back to 1967, when keyboardist, Art recruited bass player, George, drummer Joseph (Zigaboo) Modeliste and guitarist Leo Nocentelli to form The Meters. In their 31-year history, The Meters have grooved their way around the globe. They have toured with such talents as The Rolling Stones, and have been a studio band for such diverse artists as Dr. John, Paul McCartney, Robert Palmer, and Patti Labelle. The original Meters disbanded in the late 70’s.

Art Neville, the group’s frontman, launched a solo career around the New Orleans area in the mid-1950s while still in high school. The Meters formed in 1965 with a line-up of keyboardist and vocalist Art Neville, guitarist Leo Nocentelli, bassist George Porter Jr. and drummer Joseph “Zigaboo” Modeliste. They were later joined by percussionist-vocalist Cyril Neville. The Meters became the house band for Allen Toussaint and his record label, Sansu Enterprises.

In 1969 the Meters released “Sophisticated Cissy” and “Cissy Strut”, both major R&B chart hits. “Look-Ka Py Py” and “Chicken Strut” were their hits the following year. After a label shift in 1972, the Meters had difficulty returning to the charts, but they worked with Dr. John, Paul McCartney, King Biscuit Boy, Labelle, Robert Palmer and others.

Art and Cyril Neville left the band in early 1977, but The Meters still appeared on Saturday Night Live on March 19, 1977, during the show’s second season. After the Nevilles’ departure, David Batiste, Sr. took over on keyboards while Willie West joined as the band’s lead singer. Porter left the group later that year and by 1980 The Meters had officially broken up. After the break-up, Neville gained fame as part of The Neville Brothers, Modeliste toured with Keith Richards and Ron Wood, while Nocentelli and Porter “became in-demand session players and formed new bands.”

In 1994, Art and George were joined by guitarist Brian Stoltz and Russell Batiste and officially christened The Funky METERS. This lineup carried the funk torch until the spring of 2007 when Stoltz left to pursue his solo career and Ian Neville, the son of Meters founder Art Neville joined the line up taking over guitar duties. Growing up in the Neville house of music and touring with The Neville Brothers, as well Ivan Neville’s Dumpstaphunk, Ian was poised to step in to help bring the band into the future. In 2011, Brian Stoltz was invited to play with funky METERS when Ian was committed to his band, Dumpstaphunk, gigs. Once the band was onstage it was if they hadn’t skipped a beat, the band and audience both knew Brian was meant to be there. After four years with Ian in the band, the time came for him to focus on his own band’s success and funky METERS invited Brian to rejoin full time.