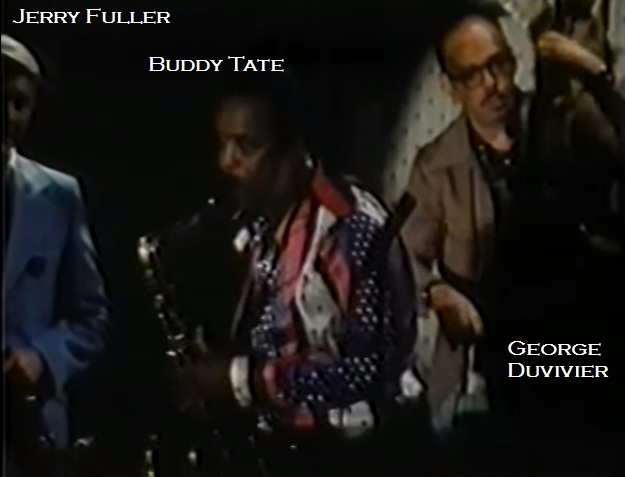 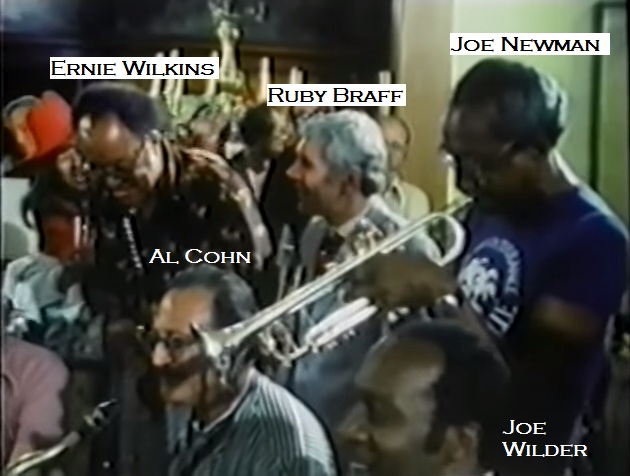 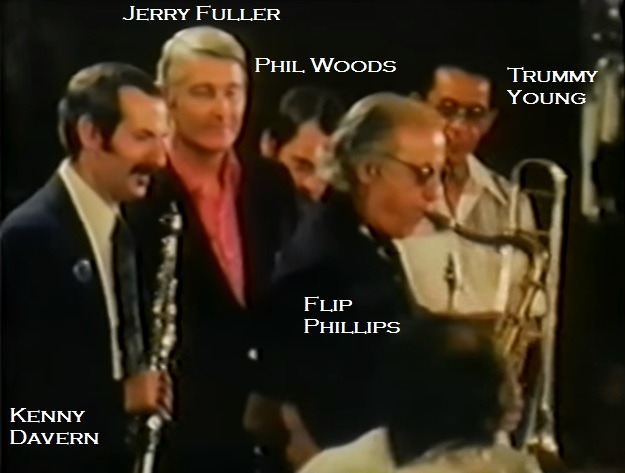 In 1977, the annual jazz party given in Denver and Aspen, Colorado by Dick and Maddie Gibson gave us this amazing record of some of the greatest musicians on the planet. For most younger fans, these people are only names and pictures on records. Catch a glimpse of grumpy Billy Butterfield getting up from bed. Or the triumphant entrance by Ruby Braff and the impromptu duo with Clark Terry on Struttin’ with Some Barbecue. You can see Joe Venuti tell a joke, and a lot of fooling around, with Venuti on soprano sax, Clark Terry on bass, and Zoot Sims on drums. You can also see Joe Wilder playing Jesu, Joy of Man’s Desiring in an empty church, Kenny Davern and Benny Carter discussing circular breathing, or Panama Francis telling Phil Woods and Cliff Leeman that Charlie Barnet’s was the only white orchestra which could cut it at the Savoy (Leeman was Barnet’s drummer). Or how about Clark Terry and Frank Rosolino playing fast bebop over rhythm changes (Terry quotes Shaw ‘Nuff, Wee, and they close with That’s Right)… with just their mouthpieces? Or Pee Wee Erwin playing Hello Dolly to Lucille Armstrong? The almost two hours of footage are just a joy to watch.