The Miles Davis Quintet of 1965 to 1968, playing “Agitation” below, is arguably the greatest modern jazz group ever assembled. 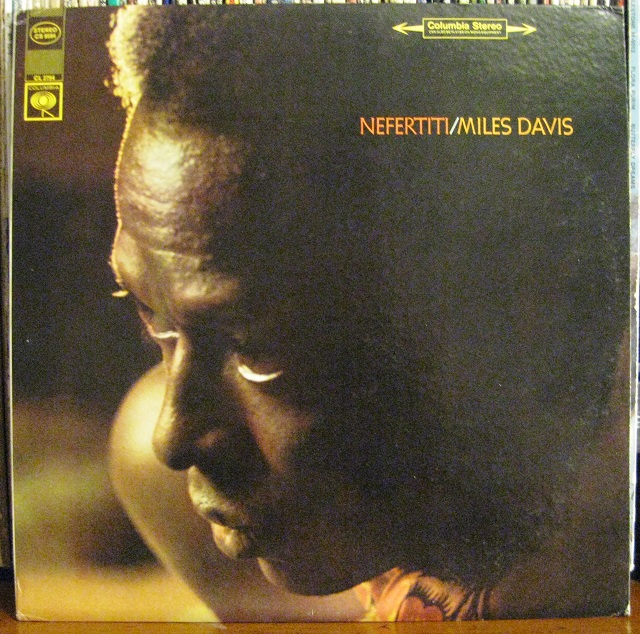 The first recording of Miles Davis and his 2nd great quintet. To hear this fantastic music, click the image.

Saxophonist Wayne Shorter at his composing and playing peak, Herbie Hancock never played better on acoustic piano than with Miles, and Tony Williams on drums.

By the end of 1964, Miles had already assembled 4 members of the quintet, only saxophonist Wayne Shorter was missing. With the underrated George Coleman filling that role, he lacked what Miles needed, a compositional force his equal, and as it turned out Wayne Shorter fit the bill and then some. Before 1964 was up, Shorter left Art Blakey where he had been for 5 years. Miles finally had his man, so the quintet was complete.

1965’s E.S.P. was released, a groundbreaking album, not only a completely different from before free form style, but the 48 minutes are much longer than the typical jazz album of the time period. 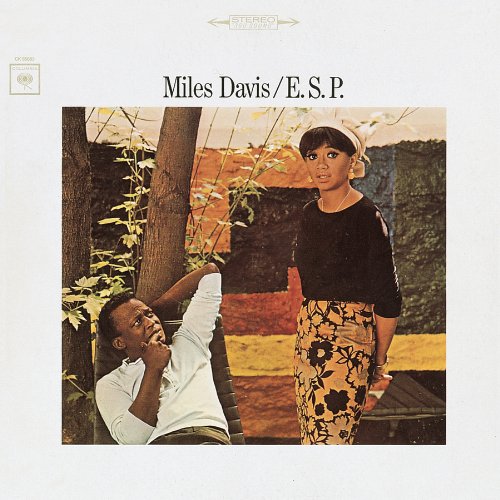 To hear the recordings of this great quintet on this illustrous record, E.S.P., click the image

Miles Smiles is surely one of those albums that gets better and better as you give it repeat listens. Miles Smiles is an extension of Kind Of Blue and modal jazz in particular. 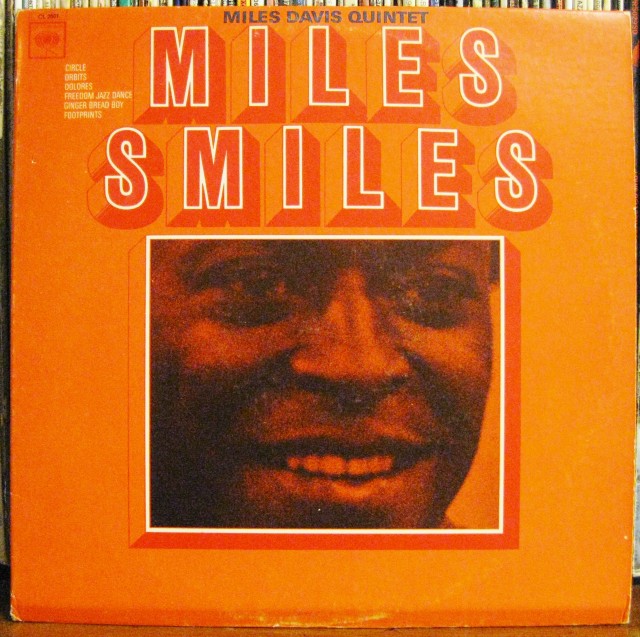 The Miles Davis Quintet on record. Click on the image for recordings of the Miles Smiles record.

The modal extension is easily noticed on “Circle” and “Delores”, Both tracks have an enigmatic quality to them that remind one of “Blue in Green” and “Flamenco Sketches” from Kind of Blue. The prior album ESP also hinted at this, but Miles and the band perfected this mysterious modal jazz style on this album.

There are plenty of bop groovers here. “Orbits,” “Freedom Jazz Dance,” and “Gingerbread Boy” explode from the speakers. Bassist Ron Carter is the glue that holds this music together, surely an original sounding bassist; no one sounded like Carter the mid-60’s.

All of the compositions are originals, with no standards to fall back on. Davis only contributed one composition of his own this time “Agitation,” the track was also the only one that went into the live book.

This willingness to allow other younger musicians to compose really enables Miles to get out of the 3 year rut he was in professionally, and this ability I believe fostered a new creative burst that lasted all the way until 1975.

Hard to imagine a better post bop album than Miles Smiles, in fact the Sony remaster didn’t even have any alternate takes. It was suggested in the liner notes, that only a brief run through of the music was talked out in studio, the tapes rolled, and Miles Smiles was laid to tape.

Jimmy Heath’s “Gingerbread Boy” is interesting: Miles changed the melody a little, the track has a very avant-garde feel, doesn’t seem at all the Heath tune: The quintet version is no doubt the definitive version.