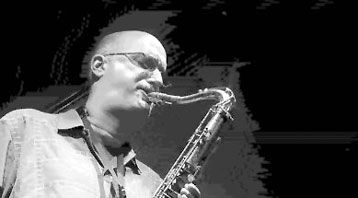 Select the image for the music of Michael Brecker

Nine years ago today we lost what one of the greatest post-Coltrane saxophonist of all time. Michael Brecker was among the most influential musicians in jazz since the 1960

For a time, Mr. Brecker seemed nearly ubiquitous. His discography — it contains more than 900 albums — started in 1969, playing on the record “Score,” with a band led by his brother, the trumpeter Randy Brecker. It continued in 1970 with an album by Dreams, the jazz-rock band he led with his brother and the drummer Billy Cobham.

His long list of sideman work from then on wended through hundreds more records, including those by Frank Zappa, Aerosmith, James Brown, Paul Simon, Joni Mitchell, Lou Reed, Funkadelic, Steely Dan, John Lennon, Elton John, and James Taylor, as well as (on the jazz side) Chick Corea, Pat Metheny, Gonzalo Rubalcaba, and Papo Vasquez. His 11 Grammys included two for “Wide Angles,” his ambitious last album, released in 2003 with a fifteen-piece band he called the Quindectet.

His highest achievements were his own albums, both under his own name (starting in 1986) and with the Brecker Brothers band, as well as his early 80s work with the group Steps Ahead. Michael Brecker was scheduled to tour with a reunited version of Steps Ahead in the summer of 2005 when his condition was publicly announced — initially as myelodysplastic syndrome, a bone-marrow disorder, which finally progressed to leukemia — and much of his work had to stop.

Mr. Brecker grew up in a musical family in Philadelphia; his father was a lawyer who played jazz piano. He started playing the clarinet at the age 6, switched to alto saxophone in the eighth grade, and finally settled on tenor saxophone in the tenth. He started to attend Indiana University — as did his brother Randy. After initially pursuing a music degree and then briefly switching to pre-med, he quickly discovered he preferred to be playing music. He left for New York at 19.

For most of the 1970s and through the mid-80s he worked hard in studio sessions, becoming a fixture on albums by the Southern California pop singer-songwriter movement, including those by Jackson Browne and Joni Mitchell. But for hard-core jazz enthusiasts, it was his work of the early 80s — on Steps Ahead’s first two albums, when the band was simply called Steps — as well as Chick Corea’s “Three Quartets,” from 1981, and Pat Metheny’s “80/81,” from 1980, that cemented his reputation as a great player.

His tone was strong and focused, and some of his recognizable language echoed Coltrane’s sound. But having worked in pop, where a solo must be strong and to the point, Mr. Brecker was above all a condenser of exciting devices into short spaces. He could fold the full pitch range of the horn into a short solo, from altissimo to the lowest notes, and connect rarefied ideas to the rich, soulful phrasing of saxophonists like Junior Walker.

In the 1980s and 1990s he experimented with the electronic wind instrument called the EWI, which allowed him to blow through an electronic hornlike device, play a range of sampled sounds, and multitrack them in real time. He began experimenting with the instrument again in the last few years.

With the onset of his illness, he and his family called for bone-marrow donors at international jazz festivals, synagogues, and Jewish community centers around America; tens of thousands responded.