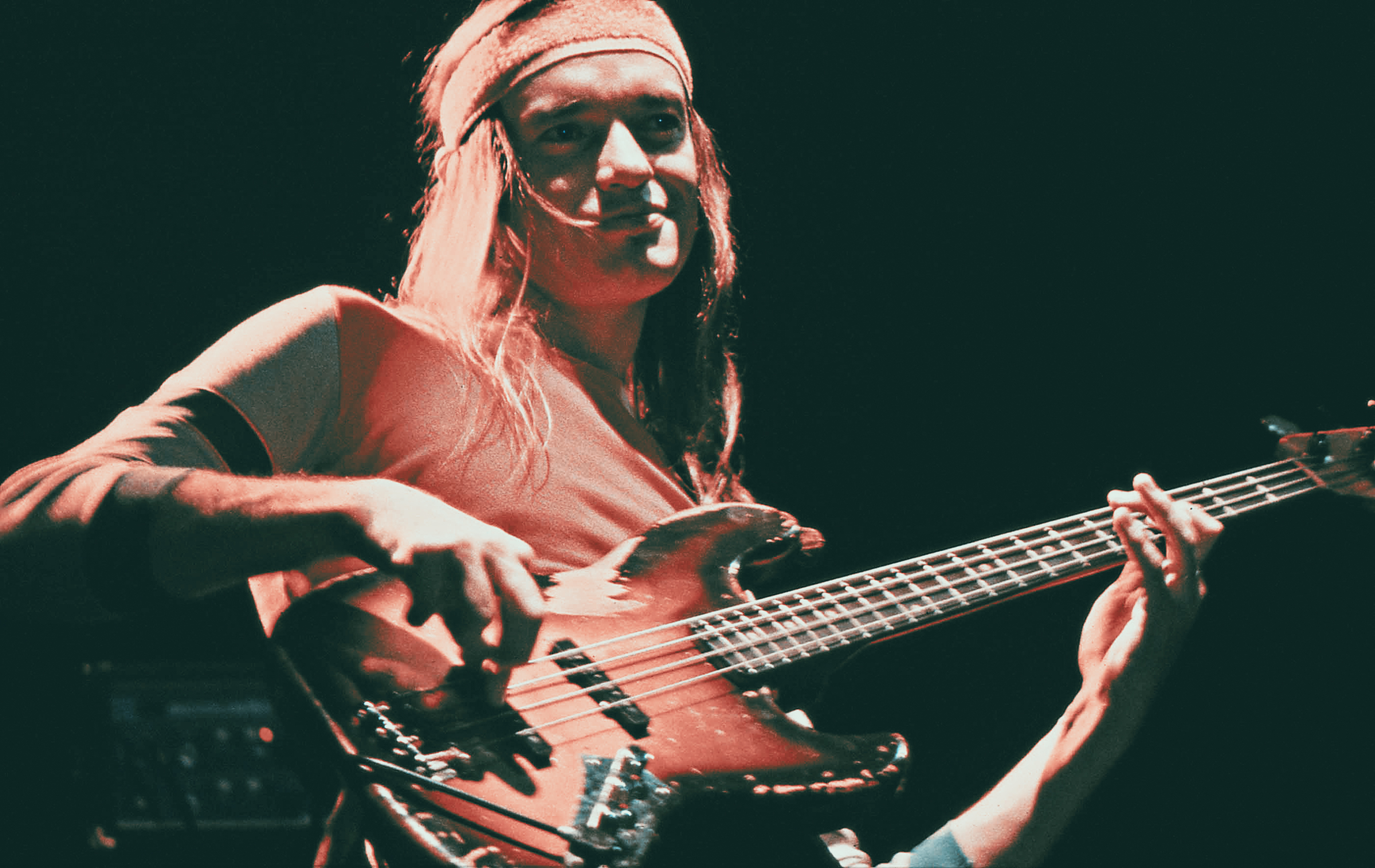 Celebrate the birth of the greatest bassist of all time. Click the above image for more of his music.

Bassist, composer and bandleader Jaco Pastorius was born John Francis Anthony Pastorius III on December 1, 1951 in Norristown, Pennsylvania. Jaco made waves with the release of his self-titled 1976 debut, establishing his inventive fusion style and demonstrating his technical prowess. He joined Wayne Shorter and Joe Zawinul’s band Weather Report from 1976 to 1981, which put him on the map. He also worked with Joni Mitchell and his own solo projects. Clearly one of the best bass players to have ever picked up the instrument, an innovator and genius on the electric bass. Down Beat named him to their Jazz Hall of Fame, one of only seven bass players total to have the honorable distinction in the history of jazz.

Here’s his full concert at the 1982 Montreal Jazz
Festival.